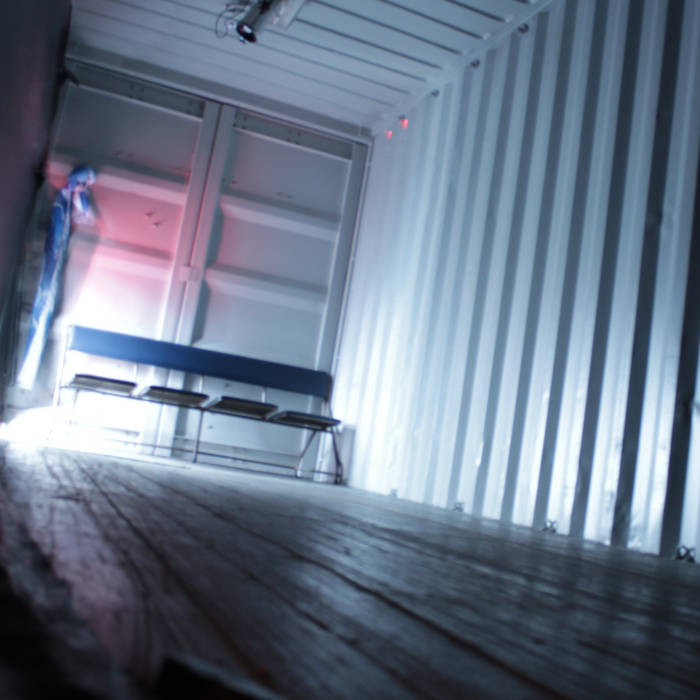 What do you get when you release a lion into a shipping container full of blind people?
A performance experiment involving reduced or limited vision, improvised kaleidoscopic vocal soundscapes and a sound performance like no other.

This work was predominantly an exploration of space and setting within the live music/sound performance experience. The visual sense of space was removed within the performance by a lighting design that honed in on near darkness visibility levels. The physical space was broken by the performance by removing the boundaries between performer and crowd, the performance could be anywhere and it could arrive without the audience knowing about it. Near darkness was chosen as a key theme, to not only explore the visual divisions between audience and performer, but allow room for acts that may have strong visual associations. This freedom became apparent in the rehearsals, where trance like states and aggressive movements were implemented to explore sound improvisation.

It was decided that light was still relevant to the experiment. The lack of the visual sense and one's sense of personal space could create anxiety, so an array of lights sources were used to create a display of just visible light. This created a rhythm for the performance to unfold and eventually finish.

All in all, It was great series of concerts that brought sound performance into some unknown territory and melted some minds. This recording was the full set from the show's second performance and a highlight in the series. Many thanks to Robert Bartlett for his composition and performance of light.

For a broken down experience of the show, visit www.youtube.com/watch?v=gZRBDpU2_1M

Exploring the language of sound and spirit. Experimenting with what music can be.

Bandcamp Daily  your guide to the world of Bandcamp

Featuring interviews with the mighty Haitus Kaiyote and genre-busting L'Rain.